in cooperation with Cycling Holidays Tenerife 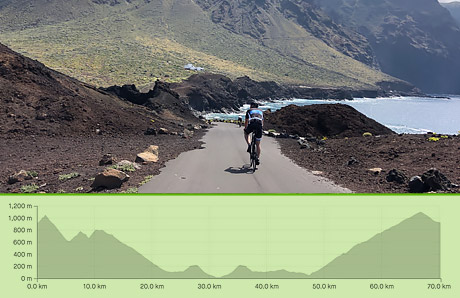 The Punta Teno via Masca tour is a circular route which begins and ends in Santiago del Teide. We start with the short climb up to Puerto del Cherfe and descend through the beautiful Maca Valley. After passing Masca we continue with 5km climb to reach Puerto de Baracán from where we start a long descent to Buenavista del Norte. We’ll then visit the Punta Teno lighthouse which separates the north and south of the island. We go back the same way to Garachico, from where we climb up to Port of Erjos and descend back to Santiago del Teide. 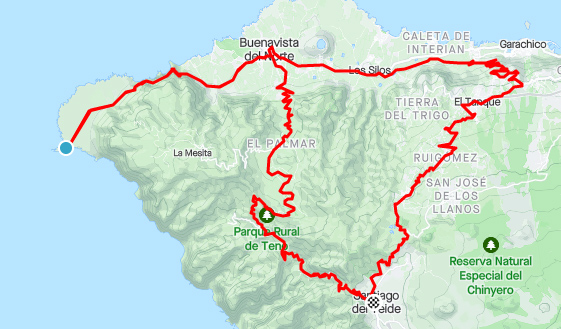 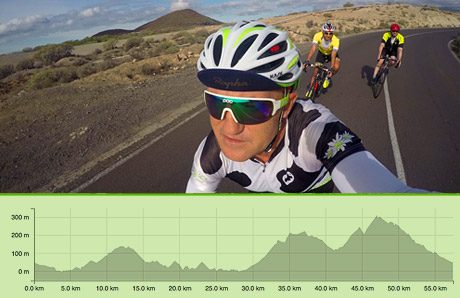 Mid-level route with start and finish in Las Galletas in south Tenerife. The route runs along the coast, through the beautiful golf courts of Amarilla Golf and Golf del Sur and continues to Los Abrigos and La Tejita. From here we go up to San Isidro through Atogo, Aldea Blanca and Buzanada before descending again to Las Galletas. 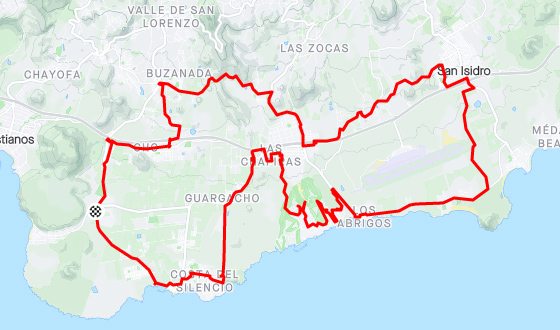 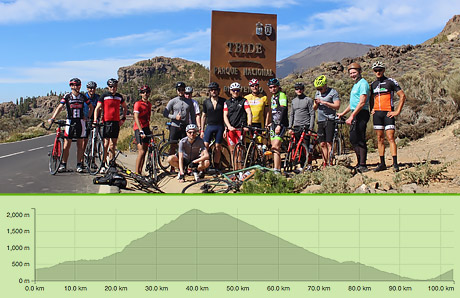 During this spectacular circular route, we will climb El Teide from La Camella through Granadilla to Boca Tauce, and down to Chio before returning to the starting point.
In the ascent, we can admire the beautiful surroundings from viewpoints like La Cantinela and urban centres such as San Miguel and Granadilla de Arona from where we begin to climb through the Forest Crown and its Canary Island Pine Trees to Vilaflor, the highest village. From here we still have another 15km to climb up to the volcanic stones of Boca Tauce before beginning the long descent that will take us, crossing Chio, Guia de Isora, Adeje and Americas back to the starting point of our route. 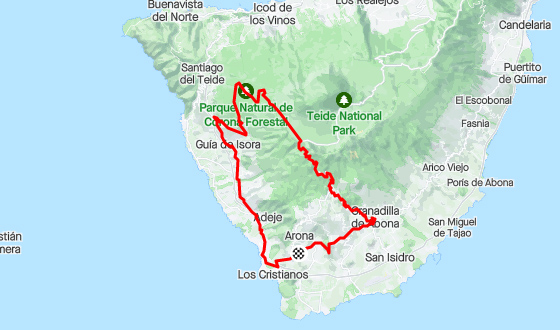 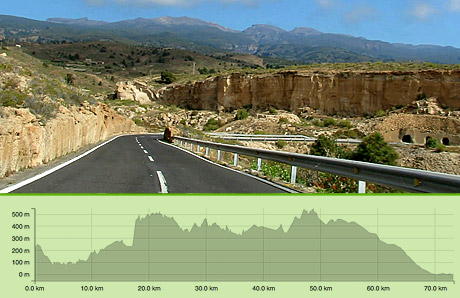 Linear route, from Barranco Hondo to La Tejita beach. During most of the tour we will cycle through the mythical TF-28, the old main road of the south, also known by local cyclists as “old road”. The route is a continuous carousel of ascents and descents and so twisty that will delight all cyclists. We will cross villages like Güimar, Fasnia, Icor, Arico, Chimiche and San Isidro before arriving at the beach of La Tejita where we can have a swim and drink something to finish the day that will surely be unforgettable. 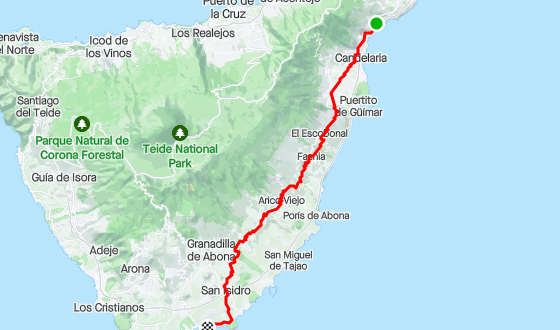 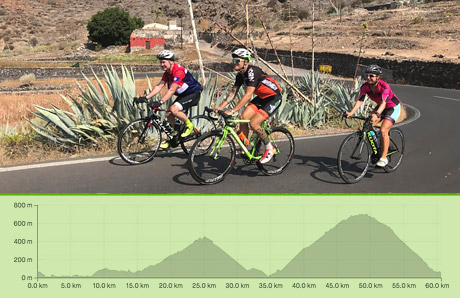 Circular, medium level route by the south coast of Tenerife and “Medianías”. We leave from Armeñime in descending terrain and we ride parallel to the sea until the entrance of the Playa San Juan. From here we will climb 9 kilometres to reach Guía de Isora, and approach Chio for a coffee stop. After the relaxing and chatting time, we will descend again to Guía de Isora and we will continue descending to Armeñime, the final point of our route. 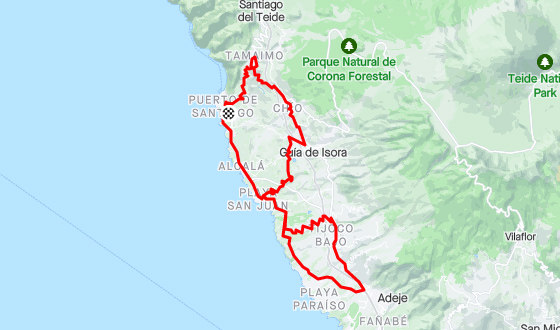 Private tours for individuals or groups

You can choose the day and the route

Our professional guides have experience in planning the route that suits your needs and goals, and we provide the bike and also transfer if necessary so all you have to do is enjoy your cycling holiday. We recommend private tours for beginners and more experienced cyclists, and also for professionals.
Contact us and explain your needs and your goals and the guides will offer you the best solution to make your vacation a unique experience. 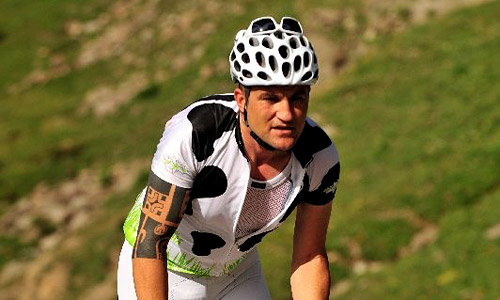 He started skiing at the age of 5 and immediately started to accumulate experience in mountains. Between the age of 10 and 13 as a young hiker he has been learning climbing and classic climbing techniques with the CAI (Club Apino Italiano).

At 17 he had already climbed several above 4000m peaks such as the Matterhorn, Monte Rosa, Piz Bernina and made many classic and sporting climbs in the Orobie Alps.

At 18 he started to collaborate with the CAI as a monitor in mountaineering and climbing courses.

During this period the bike was a means of training for mountain and cross-country skiing. Little by little, cycling has become his main sporting activity, at first MTB and then road cycling.

From 2013 to 2016 he worked as a bicycle messenger in Milan, participating in activities for the development of urban cycling and for the promotion of the bike as a means of transportation in the city.

In October 2015 he arrived in Tenerife with the idea of developing the cycling tourism by organizing excursions for tourists. 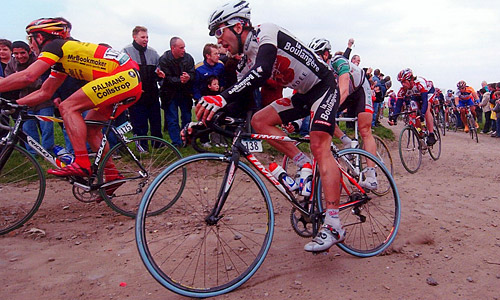 He began to compete at the age of 9 at the Iturribero Cycling Club, after being member of several teams of the province he started his professional cyclist career in the prestigious Kaiku cycling team in 1999.

Currently he continues competing in MTB, duathlon and triathlon. 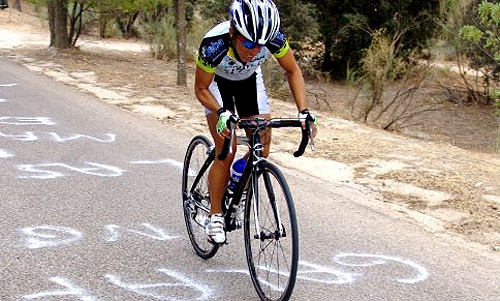 Graduated in Physical Education, she has been practicing sports since the age of 5. She started with judo (from the age of 5 to 25), and became the champion of Spain and achieved podiums and great results in both national and international competitions.

She began cycling in the professional cycling team Debabarrena and has been competing in road cycling and ciclocross.